The Manifesto of the Messiah

Luke is the favorite Gospel of many because it emphasizes Jesus humanity as the God-Man. It shows the Messiah's compassion and how He identified Himself with us. Many of Jesus best-known parables, like the stories of the Prodigal Son and the Good Samaritan, are found only in Luke. Luke tells us more about the birth than any other Gospel writer. And Luke gives us Christs manifestothe clear statement of His missionthe key to the ministry of the Messiah.

Jesus proclaims His mission in Luke four, proves it in chapter five, and practices His mission in the rest of the book. Jesus continuously taught and trained His disciples, challenging others to become partners with Him in His mission. The first example was his recruiting Simon Peter to follow and become a fisher of men. Jesus demonstrated His mission in three parables: a shepherd seeks his lost sheep, a woman seeks a lost coin, and a father seeks a lost son.

Jesus told two parables, The Unjust Steward and The Rich Man and Lazarus, which many times are misunderstood. There are at least two applications of these parables. First, while we are in this life, we are only stewards or managers of all that God has given us and we should use them wisely for eternity. Secondly, we should see the people of this world as the lost sheep, coins, or sons, and allow Christ to reach these people through us.

When God intersected human history and became a man, He invited certain people to participate in the miracle: Zacharias and his wife Elizabeth, a girl named Mary, and shepherds who went to see the newborn King. The miracle of Christmas is God becoming man so He could bring salvation to mankind. The Old and New Testaments tell of the miracle of the Second Coming of Jesus Christ: the blessed hope of the Church and the only hope of the world.

Many of Jesus parables teach us how to approach and how to respond to His teaching. Jesus used metaphors from common, everyday life that His listeners would understand. Yet most of the religious leaders rejected His teaching and opposed His work. With metaphors and illustrations, like new wine in new wineskins or new material for mending garments, Jesus shows us how to hear and obey His Word. Jesus teaching is intended to transform our minds, our lives, and our values.

Jesus told a parable that tells of repentance and of the refusal to repent. The parable describes a Pharisee and publicana tax collectorpraying at the temple. The Pharisee was focused only on himself, while the tax collector humbled himself and begged for Gods mercy. Jesus encountered a repentant tax collector named Zacchaeus, who showed what repentance looks like. He changed his ways and promised to pay back everyone he had defrauded. Only the sinner who repents is forgiven.

The Gospel of John is unique in many ways: its purposes, its literary style, and its content are different than those in the other gospels. Johns gospel was specifically addressed to those who do not believe, in order to bring them to faith. John answers basic questions in each chapter: Who is Jesus, What is faith, and What is life? He records many signs or miracles that encourage and strengthen faith and prove that Jesus is Gods Son.

Born Again: What, Why and How?

Jesus first recorded miracle was turning water into wine; symbolizing what happens when we believe in Him - He takes the ordinary and miraculously transforms usnew birth. Many believed when Jesus did miracles, but they did not follow Him. In John 3, Nicodemus came to Jesus at night to ask Him questions. Jesus told this teacher the only way to see Gods kingdom is by being born again. Jesus made it very clear that He was Gods only Son and only solution.

The Woman at the Well

Jesus encountered a Samaritan woman at a well and offered her living water that would quench her thirst forever. She accept His offer and became a spring of living water. In other words, she was born again and showed others how to receive eternal life in Jesus Christ. Jesus made bold claims: that He was the Son of God, and the scriptures testify of Him. His words gave people a choice: they either had to reject Him or believe in Him.

You Will Not To Come

After healing the lame man at the pool of Bethesda, Jesus told the religious leaders that they had enough evidence to recognize Him as the promised Messiah. He said Moses, John the Baptist, Gods voice from heaven, and scripture all supported His claims. Jesus fed over 5,000 people and claimed to be the Bread of Life. Jesus taught that those who come to Him with a willingness to do what He says will know that His teaching comes from God.

The Content of the Sermon on the Mount – Part 2

The Sermon on the Mount is one of the key teachings of the Bible. Jesus preached this sermon on a mountaintop in Galilee when He challenged people who professed to be His disciples to be strategically placed between the love of God and the pain of the hurting people in the world. He challenged His disciples to partner with Him and be conduits of His love. He concluded His sermon with a call to commitment. It changed the lives of many who heard it.

Jesus begins by teaching His disciples eight attitudes called, the beatitudes, or blessed attitudes, because each one is introduced by the word blessed. Jesus is promising to bless the disciple who has each of these attitudes. This word blessed can actually mean happy, spiritually prosperous, or in a state of grace. Each attitude also includes a promise that describes the form in which this blessing will come into the life of that disciple.

Salt is a preservative that keeps meat from spoiling, and Christians with the attitudes of Jesus are like salt to the world. When disciples with Christ-like attitudes are rubbed into the people of the world as salt is rubbed into meat, their influence will keep the world from total corruption. They become a valuable commodity Jesus uses to revolutionize the culture. The second metaphor indicates that Christians are the only source of light for multitudes living in darkness. As with the first metaphor, Jesus words literally mean that you and you alone are salt and light. If His disciples do not fulfill their role as salt and light, no one else is left to fulfill it. The people who have Jesus attitudes are sent into the world as Gods solution in order to shine for all to see.

The Law of God and the Lives of Men

Mankind is alienated from God. Thats why those who are disciples of Christhave been to the top of the mountainmust come back down with a purpose. If we have been reconciled with Godmade right in our relationship with Himit makes sense that God would use us to help others be reconciled with Him. He will also help us find reconciliation in our own relationships and use us to help others find reconciliation in theirs. The seventh beatitude speaks to the mission of those who are part of Gods solution.

ICM works with in-country Church-growth partners to advance the Kingdom of God by applying strategies built upon two core competencies: 1. Nurturing believers through the distribution of powerful Bible-teaching materials in multiple languages, making disciples for His Church; and... 2. The financial and procedural support to construct church buildings and, through them, to plant daughter churches, for ministries seeking to impact their communities for Christ. These two points of focus, working together to carry the Word throughout nations, have matured into a proven strategy for Church growth around the world. 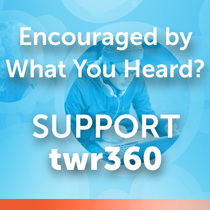