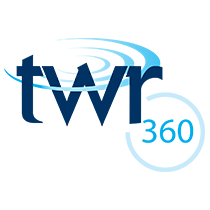 This is sigficant, because of how far TWR360 has come since its beginning.

When TWR360 was launched in 2013, it had content in only five languages. By 2014, two full-time staffers were added to the TWR360 team. One of the staffers, Angela, was assigned the role of Lead Language Coordinator. From that point, Angela was able to work with countless TWR translators around the world. Her mission was to get the TWR360 website and app fully translated in each new language, and then activate each completed language, so that content producers could add fresh content in the newly activated languages.

Each new language required a full translation of hundreds of words and phrases. Then it required a full review by each translator to ensure the translated words were grammatically correct as they were displayed in context on TWR360.

Though the process was thorough and methodical, Angela was able to activate at least 50 languages by 2016. But as exciting as that achievement was, the ultimate goal was to have content in at least 100 languages.

After eight years since TWR360 was launched, the TWR360 team is overjoyed to be able to celebrate the relentless hard work by Angela, the countless TWR translators and the many content producers around the world who helped make 100 languages possible.

P.S. To see the complete TWR360 language list, go to the top menu bar on the TWR360 home page and click the small "world" icon next to the term "Languages."

TWR360 is the global internet media platform for its parent organization TWR. TWR360 specializes in fast internet delivery of bible-based media content produced by its many partners in 100+ languages. TWR360's tag line is "Faith for Your World." Its slogan is "TWR360 provides free biblical content to people worldwide, in their native heart languages, anytime, anywhere, on any connected device."

More Posts by TWR360 - Faith for Your World: