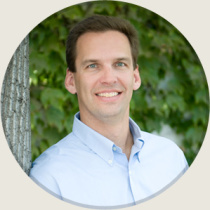 The James Webb Space Telescope (JWST) is just starting to reveal images of the universe never seen before. The amazing clarity of this new telescope will help scientists better understand how the universe developed from the big bang until now. However, one claim based on some of the early images generated controversy, and quite a bit of publicity. Specifically, physicist and science writer Eric Lerner argued that the JWST shows the big bang didn’t happen! Let’s unpack that claim to see how to respond.

Eric Lerner’s Plasma Cosmology Eric Lerner’s claim is nothing new. In fact, he articulated his claim 30 years ago in his book The Big Bang Never Happened: A Startling Refutation of the Dominant Theory of the Origin of the Universe! Instead of gravity driving the large-scale dynamics of the universe (as in big bang cosmology), Lerner’s plasma cosmology has electromagnetic forces dominating. According to Lerner, if plasma physics governs the formation of galaxies, stars, and all the features of the universe, the universe would have no beginning. And Lerner asserts that the big bang add-ons of dark matter and dark energy are unnecessary in his model.

As one might expect, the scientific community responded by acknowledging and addressing both the data Lerner used to argue against big bang cosmology as well as the evidence used to support his model. For one example of such a response, see this analysis by a colleague of mine from UCLA. Though last updated back in 2003, the criticisms of Lerner’s cosmology still apply today.

How Does JWST Impact the Discussion? Lerner’s recent statements argue that the new JWST images refute the big bang and match the predictions of his plasma cosmology. However, we need to exercise caution. The strongest evidence for big bang cosmology arises from observations of the cosmic microwave background (CMB) radiation (by COBE, WMAP, Planck, and others) and from measurements of the distance/redshift relationship obtained by observing galaxies throughout the universe. None of the JWST images impact this evidence!

First, JWST was not designed—and has no capacity—to observe the CMB. Second, JWST was designed to investigate distant galaxies at high redshift to study their properties. None of the current JWST data undermines the copious evidence that redshift systematically increases with distance. JWST has found some distant galaxies that are larger and more developed than expected in many big bang models. Lerner claims these galaxy observations invalidate big bang models while matching predictions of his plasma cosmology.

Is the Big Bang Dead? One should remember that these types of discrepancies occur rather frequently in science. For most of the 1970s, 80s, and into the 90s, astronomers couldn’t even agree whether the universe was closer to 10 billion years old or 20 billion years old because different measurement techniques gave different ages! During my scientific career, I have read published papers with star dates older than the age of the universe, cosmic structures too large to form given the universe’s age, and measurements showing the CMB as too smooth to form stars, galaxies, and clusters of galaxies. Interestingly, that last item was part of the evidence that prompted Lerner to develop his alternative cosmology model. Yet, in every example just listed, further research by the scientific community resulted in a better, more precise understanding of big bang cosmology.

We now know that quantum fluctuations in the earliest moments of the universe produced the necessary ripples in the CMB that ultimately developed into the structure seen in the universe. Furthermore, scientists have investigated the size of those structures and the CMB ripples to validate the mysterious dark energy that comprises around 70% of the universe’s energy density. Sometimes further investigation slowly eliminates the inconsistent measurements. Such is the case with discrepant star ages. Currently, most “older than the universe” stars have ages less than 14 billion years. However, analysis of a handful of stars still give ages slightly older than the universe. With ongoing investigation scientists expect resolution.

Other times, resolving one inconsistency leads to a previously unknown discrepancy. For example, we now know that the universe is 13.8 billion years old. Calculations based on the redshift/distance relationship provide that age of 13.8 billion years, but an analysis of the CMB ripples gives dates closer to 12.5 billion years. Given the copious evidence in support of big bang models, scientists welcome these discrepancies since they provide useful direction for future research to understand our big-bang universe in more detail!

One Final Thought on Alternative Models Scientists routinely produce alternative models like Eric Lerner’s. Even with the tremendous experimental success of general relativity, a number of scientists favor a different approach known as MOND, where they modify Newtonian dynamics. Often MOND and GR (general relativity) calculations can both explain the data produced by observations of the universe. The fact that MOND solves the dark matter or dark energy problem by making them unnecessary makes MOND attractive to many scientists. That solution comes at the expense of MOND not providing a mechanism for explaining why gravity works. General relativity provided that mechanism as arising from the curvature of spacetime. Thus, for most scientists MOND introduces a larger problem than it solves.

The latest JWST images don’t justify the enormous attention Lerner’s model has recently received in the public sphere. Yet, Lerner’s plasma cosmology deserves a place at the table of models trying to explain our universe. Science advances when theory matches observation.